With the band moving into this new and exciting year, we will also be taking on a new name.

For a time, the name Alex Rasmussen and The Road was representative of this project but, as we are growing and evolving as a band, this is so much more about a collective unit than it is about me.

When Geli and I were in New Orleans in October--heading one afternoon to do some busking on Royal street--we passed a man smoking a cigarette who told us to "make a lovely noise". At the time, I had been ruminating on new band names, and that line of his stuck with me--a lovely noise. I played around with it a bit and, after getting the approval of the band, we came up with our new name:

We are currently working on switching over all of our social media profiles and, as of January 20th, will have made the full shift.
Our album, which we will be recording next week, will also be released under this name.
Once the album is recorded, Geli and I will be embarking upon our South for the Winter tour of Arizona that will help us start the new year with a bang--and hopefully a bit of sunshine.

Thank you all for the support and love you've given us this year.
We can't wait to Ruckus with you in 2017! 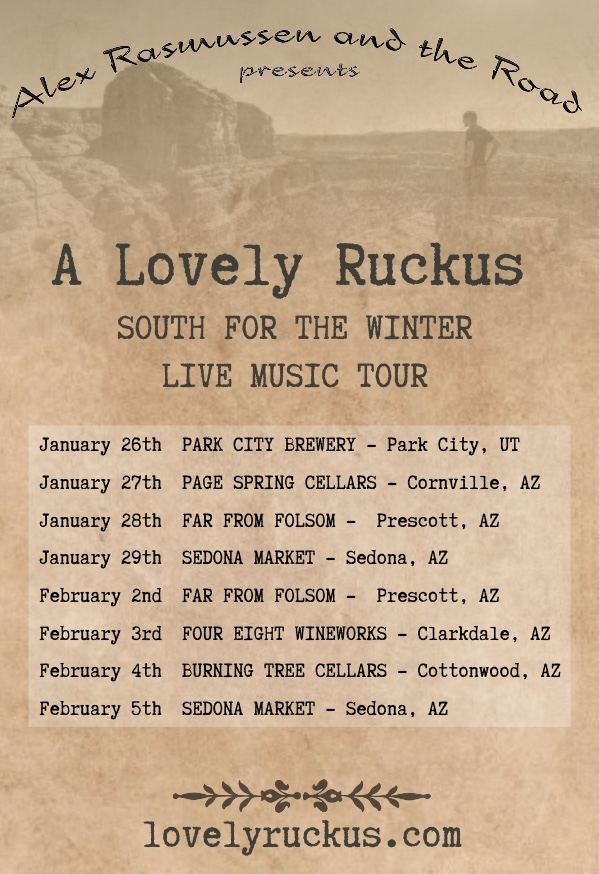